It’s A Holiday, Not the Everyday

Lets talk about pace. Almost every day we are rushed. Rushing to get dressed in the morning, rushing to get the kids off to school on time, rushing to get a work out in before we head off to our jobs where the demand to rush around for most of the day comes from every direction. Why do we insist on rushing around like headless chickens during our holidays?

A lot of people leave their kids at home with family during travel, hell; I packed mine off to Collie; so there goes that excuse for a high paced holiday. For the most part, (aside from the odd annoying email), work gets left behind, (another excuse for speed is left in the dust), and few people cook while on holiday and those who do have no restraints when meals are eaten anyway. So why are we in such a hurry.

Planning a holiday can be a little dauntingly exciting. I think most people go into the preparation of a major international holiday, or even a domestic holiday, with a “what are the major tourist attractions that we/I must see and how many can I squeeze into a fortnights worth of a holiday?” And this happens without the thought of how big the attraction is, how long it takes to finish up, travel time to and from accommodation or peak season versus off peak.

A good example is the Palace of Versailles. My partner and I went to France just before peak season, (March 2015). We visited Versailles in the morning and were met by a line that snaked its way up and down the main courtyard entrance. It took about an hour to get into the place. Can you imagine what it would be like during peak tourist season! 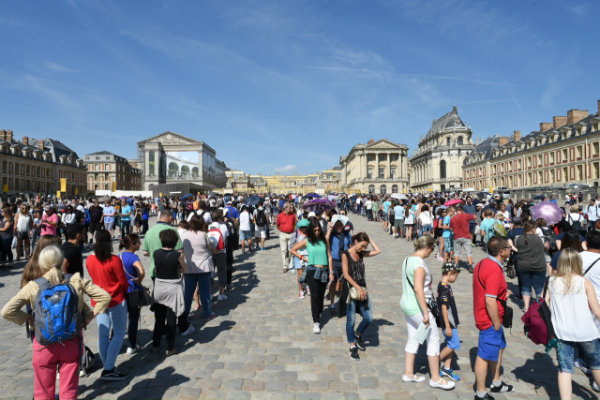 Now Versailles is phenomenal. It is one of the most iconic palaces ever built and the history and beauty that fills every inch of every wall in every hall is something no one would ever forget. But that line! Basically a visit to a tourist attraction like this is an all day affair. You’re not coming away from this without needing a nap.

Now many people have done a day trip like that, gone back to their hotel room, showered and got dressed, then headed out to a cabaret or major night out before hitting the sack and waking up at stupid o’clock in the morning to get onto a tour bus to check out the chateaux’s in the Loire valley?

That’s not a holiday. That’s waking at 6am, getting the kids fed, washed and dressed, washing and dressing yourself, sneaking a piece of toast while making the kids lunch before throwing them in the car and racing to school and work. Slow down!

Try this. Go to tourist meca for a day, and follow it up with a quiet night in a café. Have a long sleep in the next morning, grab an almond croissant and a take away coffee then have breakfast on a bench in a quiet park sitting put for a good two to three hours while reading a book or listening to music on your headphones. Maybe have breakfast like that everyday.

The first time I headed off overseas I was in my mid thirties. I went on my own and did very little planning. The destination? The United Kingdom. I remember talking to the travel agent discussing what I wanted from my trip, what I wanted to see and what would be possible to see in the month I would be gone.

I planned to start in Scotland; Ireland would be in the middle and finish off in the England. We worked it out that it would be around 7 days in each, and the question was asked, would I be able to relax enough and give justice to all the castles I wanted to look at and the history I wanted to drink up?

So Ireland was out of the question, this left me thirteen days in Scotland and twelve in England. 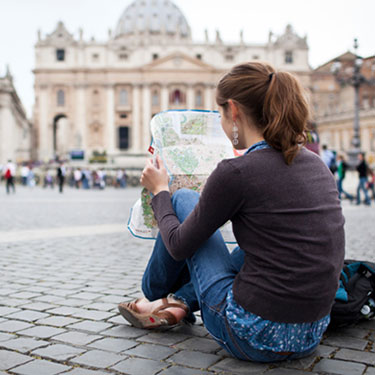 I got some good advice from people that had been to the UK. I was told that hotels are nice, but B&B’s are quieter, cost less and the breakfast you get is usually enough to last through lunch saving you a bit of money. If you do stop for eats during the day always go two or three streets back away from the tourist traps and the cost will stay down. Then I found out that it was best to travel either just before or just after tourist season, the cost is less and the tourist hordes have been there, seen that, and gone home. The last piece of advice I got was … Slow down.

If you don’t see everything that is written as the “must do’s” in the great tourist guidebooks, it’s not a big deal. Whatever you miss gives you a great excuse to go back and finish the job at a later date.

Anyhow, I booked my plane tickets and started to map out what I was going to do. I was making lists of places to go, things to see, bus routes, train routes, travelling time, travel costs and by that stage I was already exhausted. I was going to end up spending most of my time on the trains or busses and that would not do, especially since I had been drooling over a holiday like this for so long.

I took a step back and thought about what I wanted to see. What was I going to take away from this trip? For me it was history, folklore, myths and legends. The UK is riddled with stories, spanning thousands of years, which have had people, (me included), spellbound. Problem is; how do I see it all in one holiday? That’s easy … I didn’t.

I stopped trying to fit everything in and my holiday was instantly easier. Instead of trying to figure out how I was going to get from town to town, which busses or trains to take, the endless amount of B&B’s I was going to have to book, I hired a car and chose four B&B’s to stay in for a few days at a time, taking day trips in the car, at my own pace.

I didn’t see everything but I saw enough, enough to want to go back and do it again.

It was a real holiday. One month of taking my time and understanding that just because everyone had told me that I had to go see Stonehenge, I didn’t have to. Swapping it out for a day in Stratford Upon Avon wasn’t a hell worthy holiday no no, and besides … have you seen Stratford?

It was a beautiful town with a couple of funky history museums and a lake full of white swans. Not too shabby at all. Actually, I went back twice more during my stay in the Cotswolds’. 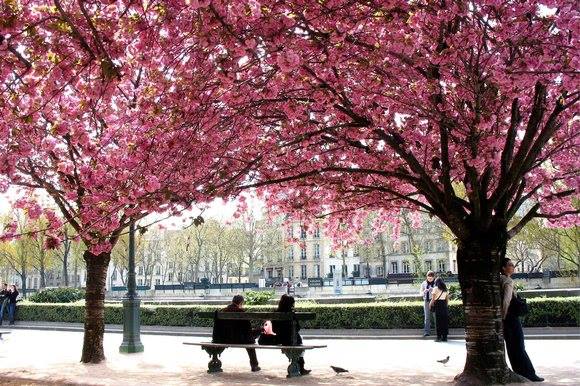 Anyway, my message is simply, pace yourself, holiday for you, not everyone else. If you find your self shuffling past the good stuff at the speed of Chevy Chase in National Lampoons European Vacation, you may end up needing a holiday to get over your holiday, or worse … regretting the coin you’ve spent on a holiday that flashed by too quick to enjoy.

5 Ways To Fit Exercise Into A Busy Schedule