With unrivalled views of Europe’s most iconic and spectacular locations, here’s our top 10 walks in France for 2017. So even if you’re on a budget you can still stay active and challenge yourself. Treat yourself to an exciting walking or cycling travel tour on Europe’s most celebrated tracks and trails in France. So whether you are looking for a hard core challenge or if your looking for something different to do with the family these walking holidays in France are sure to please. Here are a handful of the best walks in France for you to experience. You can go solo, with the family or in a larger group, these walks will not disappoint.

What is GetFit Travels Top 10 Walks in France?

The Way of St James

Legend has it that the martyred body of the apostle St James was transported from Palestine to the Atlantic coast of Spain for burial. The church built on his grave in Santiago de Compostela, became a focus for pilgrims who walked there from France along the ‘Camino de Santiago’. Most recently made famous by the movie titled ‘The Way’ with Martin Sheen.

This section of the historic route takes walkers into deepest France and the wonderfully remote countryside of the Massif Central. Within France, by the 12th century, there were four different routes for pilgrims on the ‘Chemin de St Jacques’ on their way to Santiago in Spain. Of the four, the earliest recorded and best preserved is that which starts at Le Puy. We too start in this fascinating town. The pilgrimage will bring us to Conques, an unspoilt medieval town where the narrow streets still cluster round the magnificent Abbey church of St Foy. view trip

Year on year this is our number one walk in the Alps. Why? It packs in all the highlights of the famous Tour du Mont Blanc Circuit through France, Italy and Switzerland in just 7 days. You won’t go wrong if you choose this as your first walk in the Alps. view trip

There are few walks in the world which offer the incredible views and high alpine vistas found on the Tour du Mont Blanc (TMB). To combine this walk with a family holiday ensures that all members of the family experience the spectacular trails and wonderful alpine spirit of the French and Italian Alps. Guided along mountain trails this relaxed itinerary starting in the Chamonix Valley provides awesome views of Mont Blanc with overnight stays in high mountain huts. Carrying only a day pack, our donkeys transport our bags and supplies, and become an integral part of our group as we lead them along trails fringed with wildflowers. Staying in local refuges and gîtes we feast on French and Italian cuisine.

This itinerary, suitable for active children from age 7 and up, provides an exhilarating alpine walk with unforgettable vistas around every bend. Hike with donkeys, and the kids, around the tallest and most celebrated mountain in the European Alps. Tick off three countries – France, Italy & Switzerland – as you travel with other like minded families on this specially tailored walk for active families. view trip

Every kid loves a castle, and every parent loves the idea of only unpacking once when there are children involved. This short centre-based exploration of France’s ‘playground of the kings’ is perfect for active families. Parents, if you’re worried about keeping up with the kids, then take up the electric bike option. view trip

The Meridian Way: Heart of the Pyrenees

A fascinating trip following the Meridian Way, a route that closely follows the International Greenwich Meridian through the French départment of the Hautes Pyrenees. When the Greenwich Meridian was agreed upon as the international standard in 1884 the fact that it passed through some of the most impressive scenery in the French Pyrenees was probably not a major consideration. Starting in the attractive foothills the route builds up to a climax at Gavarnie in the heart of the mountains with a visit to the dramatic Cirque de Gavarnie.

Walkers depart at the famous pilgrimage town of Lourdes where we take a funicular railway to the summit of the Pic du Jer (890m). The tour visits Luz St Sauveur exploring the town and fortified ‘Templar’ church. You will hike part of the famous GR10, the 700km long footpath from the Atlantic to the Mediterranean. view trip

On 22 September 1878, the Scottish writer Robert Louis Stevenson (Treasure Island, Dr Jekyll and Mr Hyde) set off on a 220km walk across the Massif Central with only his donkey, Modestine, for company. After twelve days and many adventures, he wrote the book ‘Travels with a Donkey in the Cévennes’ which has been the source of inspiration for many keen walkers ever since. In 1991, the Stevenson Trail was officially recognised as the ‘GR70’ and the timeless landscapes and remote villages with their rich traditions continue to be a highlight of this spectacular route. Our journey takes in the section between the charming Haute-Loire town of Le Puy and St Jean du Gard. At night we stay in simple but character filled hotels specially chosen for their location and ambience. view trip

The HRP ‘Haute Route Pyrenean’ (HRP), is a high-mountain trail. Following the French-Spanish frontier across the wildest and most spectacular peaks and passes. The highest passes on the HRP are often snowy even in midsummer. Underfoot can be challenging, but the rewards are immeasurable. We offer three stages in consecutive week long trips, with stage three including an ascent of the mighty Pic Aneto (3404m), the highest peak in the Pyrenees. At night stay in simple mountain refuges, serving hearty cuisine and brimming with character. view trip 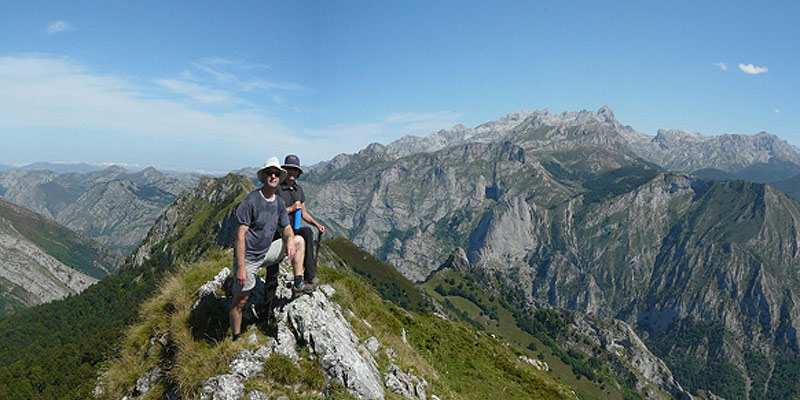 In the foothills of the Pyrenees in medieval times, the locals were well organised in greeting the Camino pilgrims who had made the dangerous crossing from France. Numerous churches and monasteries mark the Camino Trail and bring to life the unique history of this fascinating route. The walking journey explores sections of the trail with isolated monasteries and churches that remain inaccessible to the majority of travellers. view trip 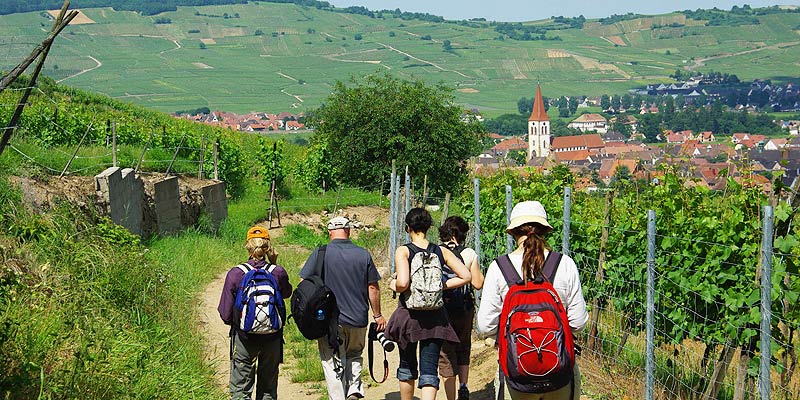 Over the centuries France, like many other countries in Europe, has been home to a number of intrigues, battles and repressions. One of these is the Crusade against the people of the Languedoc that was set around the impressive Cathar Castles. view trip